Stop the brutal and unnecessary ‘traditional’ trapping of Lapwings
Click on picture for information and protest campaign!

The slaughter goes on on Malta …in spring and autumn..

… lobby the Polish Govt. to shelve plans until a strategic environmental assessment has been made!

Badger digging out in France..

… Support French conservationist efforts to have this cruel sport banned

… for banning hunting. In 2004 the new Greek Government are discussing permitting scores of hunters from elsewhere to hunt again on the island. Help prevent this retrograde step. 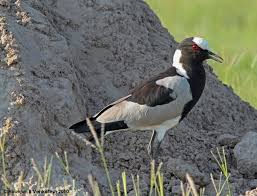 … lobby the state government of Saxony to drop their plans to permit widespread hunting of cormorants – in nature reserves as well!!!

New proposals for the Lewis wind farm attracts renewed criticism from RSPB and other conservationists in endangered bird species habitats..

… please add your objection to the new proposals.

Malta must enforce EU regulations… we must put pressure on the EU not to let Malta get away with sloppy enforcement. Degorations for spring hunting and finch trapping must be rejected

… renewed dredging operations must be stopped by President Yuschenko

Appeal to the European Commission against windfarm development .in endangered bird species habitats..

… the UK and Scottish regional authorities must be made to comply with EC Bird and habitat directives!

… threatening rare birds, habitats and the natural beauty of the Isle of Lewis on the Scottish Atlantic coast.

Norway hunts its Wolves to death

A CHANCE AFTER ALL FOR THE DANUBE DELTA?

lobby the new President, Viktor Yuschenko, to reverse the plans of the former corrupt government.

The biodiversity of the Ørin Delta …

… an important transit area for sea ducks and Ramsar site in Central Norway is threatened by local development plans which are among the worst current environmental threats in the country.

The Carpathian Brown Bear is in danger of extermination

Wind Turbine Death Trap on the “Via Pontica”?

Spring hunting must NOT be permitted to resume!

A new court ruling has given hope to Saemangeum campaigners

….  keep the pressure up to reinforce the campaign to save the world’s most important staging site for the fast-declining Spoon-billed Sandpiper an other wetland birds

the regional authorities must fulfil their environmental protection duties…

and stop economic and environmental exploitation of the third world by a multinational company!

… before he accepts the disastrous recommendations of the Ministry of Transport

The Tunkinsky National Park on the shores of Lake Baikal …

in Siberia is threatened by plans by the Russian oil giant YUKOS to build an oil pipeline through the park.

Malta should not be exempted from provisions of the EU Bird Directives. Please keep your support going.Malta – No Spring hunting

In the second half of last year alone more than 100 000 cubic metres (300 hectares) of valuable wood were logged in BelovezhskayaPushcha. The survival of this ancient forest, with its richly diverse flora and fauna, is critically endangered.

ALCOA, the aluminium giant, has now taken over Norsk Hydro’s role in planning for developments which will destroy part of the Iceland wilderness

to stop despoilation of the Danube Delta Biosphere Reserve where 257 species of birds can to be found; 9 of them on the European Red List …

for sale and consumption. Progress – but the campaign is not over yet!

Campaign for the phasing out of toxic chemicals in Europe – and set an example for the rest of the world.

Over 300 rare and threatened plant and animal species, found within the region’s one million hectares of forest, are threated by logging operations.

Wildlife in the Wadden Sea

The only responsible reaction to the Prestige oil-spill disaster is to urgently bring about a fundamental change in the way the international shipping is practised and regulated.

N@C – No airport at Cliffe

Protest against the British Govts inclusion of a site of international importance for wildlife in plans for a new London airport.

The German Coalition Government is dragging its heels on revision of the Hunting Law ..

… if they do not fulfil election pronises and give this matter priority the future of the hard fought for European Bird and Habitat Directives could be undermined!

Gulls and Cormorants under attack in Italy

parliamentary committee consider Bill on delegation to the regions of control policies. The old, old story…

The spectacular wetlands of the Ebro Delta are threatened

if we conservationists don’t act the delta will dry up, erode and eventually vanish. The consequences of this are obvious …

Malta – can anything be done to stop the killing?

The European Union must take positive action before Malta’s accession

Includes links to the European Union Bird and Habitat Directives

A collection of useful links and banners

WHO OR WHAT IS PROACT?

Over 770 Team members in 65 states from all 5 human inhabitated continents in the PROACT TEAM; hundreds of other supporters for individual campaigns and the PROACT COORDINATING GROUP